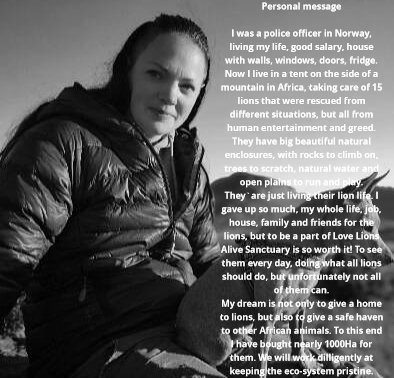 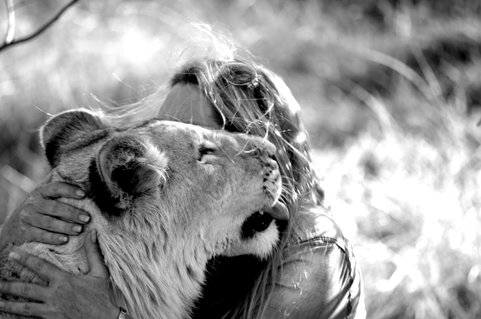 The "Lion Queen's" blog and her life at Love Lions Alive Sanctuary.

Andi began her career in caring for lions in 2011 when she saved 53 lions from an auction. Working for these lions became her passion and in 2015 she made the brave move to set up a lion sanctuary of her own.

Andi is the Founder of LLA, she is known from the tv-show "The Lion Queen" on Animal Planet.

Line first visited the lions in 2015 at which time her passion to help them was ignited, she came to LLA for 12 months in 2016 but on returning to Norway, realised she couldn't leave the lions so she resigned from the policeforce and returned to LLA permanantly. Later Line sold her house in Oslo and has bought a 1000HA farm for the sanctuary. Her absolute dream of being able to offer all African species a place of safety and sanctuary, can now be realised on this huge, wild peice if land.

Andi & Line's mission is to offer all cats who were born in captivity a safe place to live out the rest of their lives in dignity and peace.

The two women live their live's with dedication and commitment to the animals in their care. Believing that the lifestyle, health and psychological well being of the cats is paramount.

Andi and Line are open about the fact that they do touch the lions they work with. `"We had 4 rescue cubs come to LLA for sanctuary in 2015 and 2016 who we had to feed and medicate. They required appropriate hands on care, following which, we agreed not to completely cut of ties with those 4 lions if those lions come to the fence to greet us". At the place Andi first started working with lions, there were many cubs born who needed her attention. That place was a breeding facility when she arrived there, so she cared for the cubs who needed her but within 3 months of being there, she seperated breeding couples to prevent more and more cubs from being born.

They do not allow any visitors to interact with the lions and they themselves only have contact with the few who voluntarily come to the fence for a greeting from the two of them. The women do not go into lion enclosures. 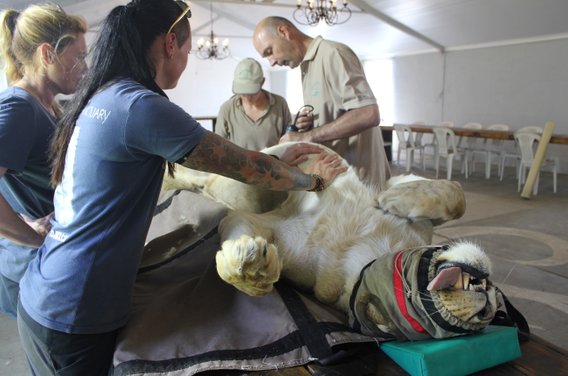