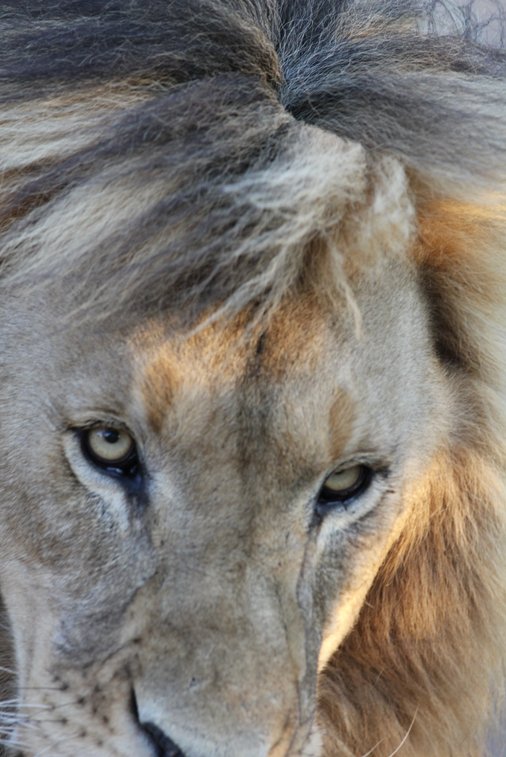 Came into LLA Project in July 2014

In May 2014 Andi was contacted by Drew Abrahamson (Captured in Africa Foundation) and asked if she would take a lion in to sanctuary who had been bought by an Australian volunteer. Beau was born and raised at a tourist facitlity which breeds an excessive number of lions to use for tourists to bottle feed, pet and have photos taken with. As these lions become too big to be used in these areas, they are culled and sold for their bones. Beau was one of the few who made it through to being a walking with lions lion, but even that activity is one lions outgrow. He was then earmarked for hunting. Fortunately for this one lion, a volunteer who had worked with him and knew him since he was born, managed to change his fate.

Jane bought Beau from where he was and gave him to Andi. She visits him when she can.

Because he had been a ‘walking with lions’ lion and was used to humans when he came to Andi. He allowed Andi to rub anti parasitics into his fur through the fence, but other than when he was dropped off, Andi never walked with him or went into his environment.

When Beau arrived he was very thin and he couldn’t walk more than a few metres. He aggressively guarded his food, trying to hold onto each item and growling at anyone who came near. Andi gave him food, skins to suck, tails to play with and more food. She wanted him to feel a sense of abundance so that he would relax. He had parasites and needed medication which she gave to him by hand in balls of blood meat.

At the farm where LLA was located at the time of Beau's arrival, Andi had thought that Beau might be able to live with Shalom but Shalom was aggressive towards Beau through the fence. She decided to put Ariel with him as Ariel was the third wheel in the Shalom, Skye and Ariel group. Andi first moved Ariel into the small camp alongside of Beau’s and let them meet through the fence. Ariel charged at Beau initially and growled but soon they settled into lying opposite each other. After a few weeks, and whilst Ariel was in Oestrous, Andi opened the gate between the two of them. They went straight to each other rubbing and talking.

When Beau improved enough to be able to run, jump and climb; Andi moved them into a larger camp. After 3 months Beau withdrew from coming to the fence for rubs and Andi happily let it be.

Although Andi had been told that he had been vasectomised, he fathered Mela with Ariel.

For the first 18 months that Beau was at the new LLA location, he lived on his own as Ariel (or the lioness with him at the previous farm) had died before the lions could be moved to LLA. But he was depressed. He is a lion who has always had many other lions with him. He has the most amazing ability to jump straight up, high into the air, to catch his food as a result of having lived with many other males when he was young. He wanted so much to be with another lion. Andi and Line watched him, they could see him yearning to be with Taai next door. They build a gate in between the two enclosures and began a rotation of swapping the two males in and out of Camp 2 so that each one had a chance to smell, mark, scratch, eat in, sleep in and become confident within camp 2. They alternated Beau and Taai in and out of camp 2 for 14 months before reaching a point when they allowed them to go into camp 2 together. It worked better than expected. Beau and Taai absolutely love each other.

Beau is a very confident and proud lion. He roars more than the others (apart from Emma) and has a statuesque physique and beautiful stance. 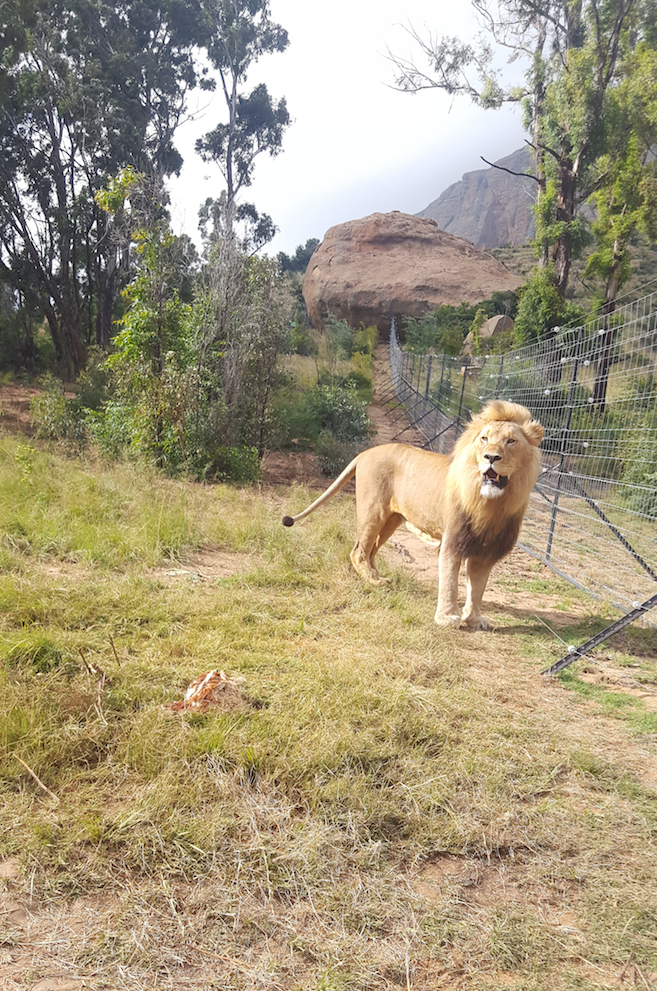