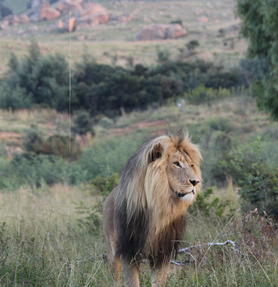 Lives with: Reign and Sienna

Elias called Andi in the early morning of 11 December telling her that Savannah had given birth to 4 cubs during the night. The owner of the farm and Andi watched them through binoculars so as to be able to stay well away but also keep an eye on them. The camp Savannah was in had an interlinking gate to the camp next door which was open so that that pride had both camps available to them. Savannah had left the 4 cubs in quite a sheltered nook in some scrub next to a log under the gum trees in camp 9 but she was lying in camp 8. The cubs would squirm around and after some time began spreading out, leaving their secure spot. Their father, Clyde became interested in the little squirming creatures, he began tentatively swatting at one who had travelled a good 3m from the ‘nest’. Savannah came charging down towards Clyde warning him away with a growl, he ran at her and loudly chased her away. She retreated back into camp 8. Clyde lay and watched the cubs. Everytime he made a move toward one of them Savannah would hiss and growl but not come closer. Andi asked Elias to go and get meat for Clyde so that they could lure him into the top end of camp 8 allowing Savannah to have an open path to her cubs.

Before we could move him, Clyde jumped up and hit out at one of the cubs, he began swatting it around. They could see the cub had died as it became limp, Clyde lost interest after awhile and began stalking and reaching out for another cub.

They all shouted and waived to get him to back off. He did but only for awhile. He grabbed at something we had not as yet even realised was there, it was another dead cub. He threw it around for awhile and then lay watching the remaining three cubs who were wriggling away from their ‘nest’.

Elias had driven the bakkie with the meat directly into Camp 8 and managed to lure Clyde into camp 8 and all the way to the far end, Clyde took the bait and went into the bushes to eat. They waited and waited for Savannah to come down to camp 9. She never did. She lay with her adult daughters, sleeping and licking one another, moving only around each other.

After an hour or so, Clyde left his corner and headed directly towards camp 9 so Elias closed the inter-leading gate to prevent him from getting to the cubs again. They then went in through the feeding sash gate and picked up the 3 live cubs and 2 bodies.

The owner of the farm gave Andi the cubs telling her she could have them if she would stay to take care of them and the rest of his farm. Andi later learnt that the parents, Clyde and Savannah, did not belong to the farm owner, however the true owner of the lions signed over ownership of all of his lions to Andi in 2015.

The other cubs licked Shannon’s umbilical stump off so they put Jensin Violet on the open wound. This made Shannon purple and meant they had to keep him separate from the other STARS so he slept with one of them on his own for a week or so, creating a deeper connection between him and them.

Shannon, Reign and Aslan came running to the fence whenever Andi approached, they would hug, rub and kiss her.

Sienna, Tindra, Aslan, Reign and Shannon were known as the STARS and they lived together with Fonda and Tamarind until the boys were old enough to mate with the girls at which time Andi separated Shannon and Aslan from the group. The camp she moved the males into was not accessible as there was a camp between it and the homestead where they lived, Andi felt that Shannon and Aslan became distant and removed because she couldn’t get up to their fence anymore. They would look away from her when Andi would call to them from where she could see them.

Shannon was moved to the new location for Love Lions Alive Sanctuary on 10 March 2017, he is again living with Reign and Sienna as they are on contraception. 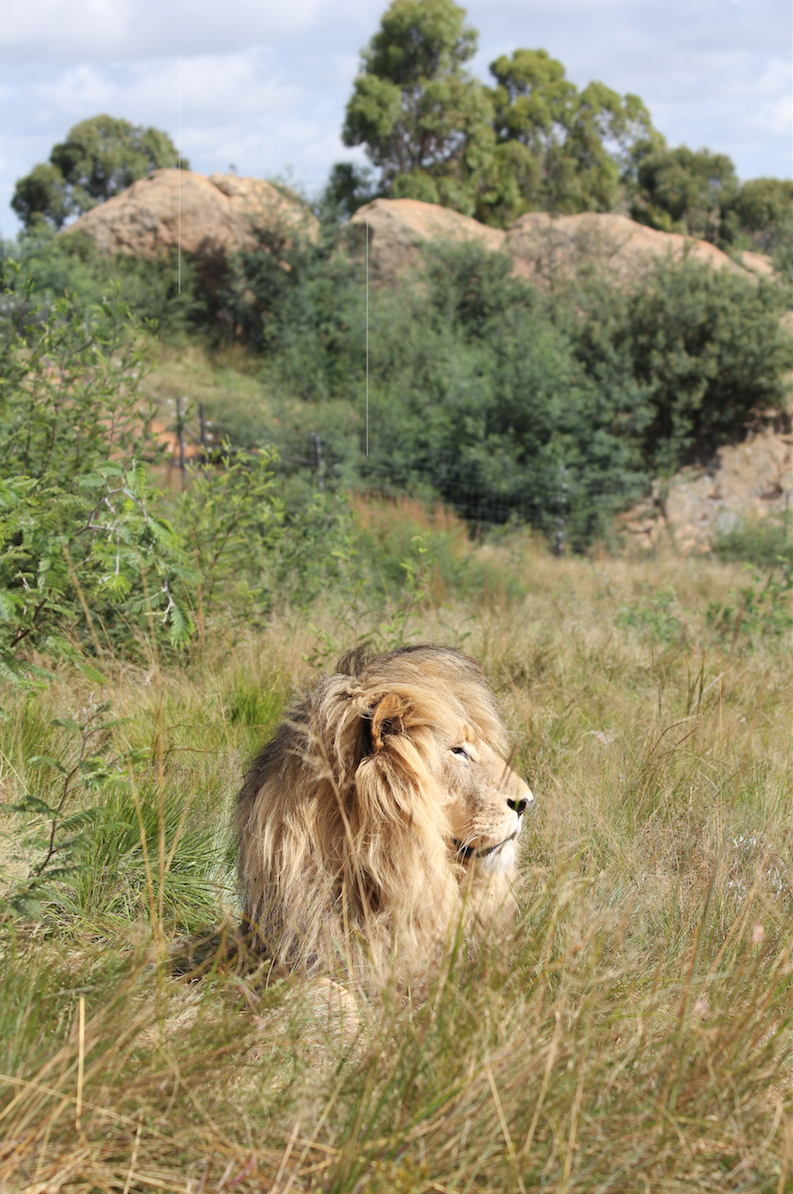 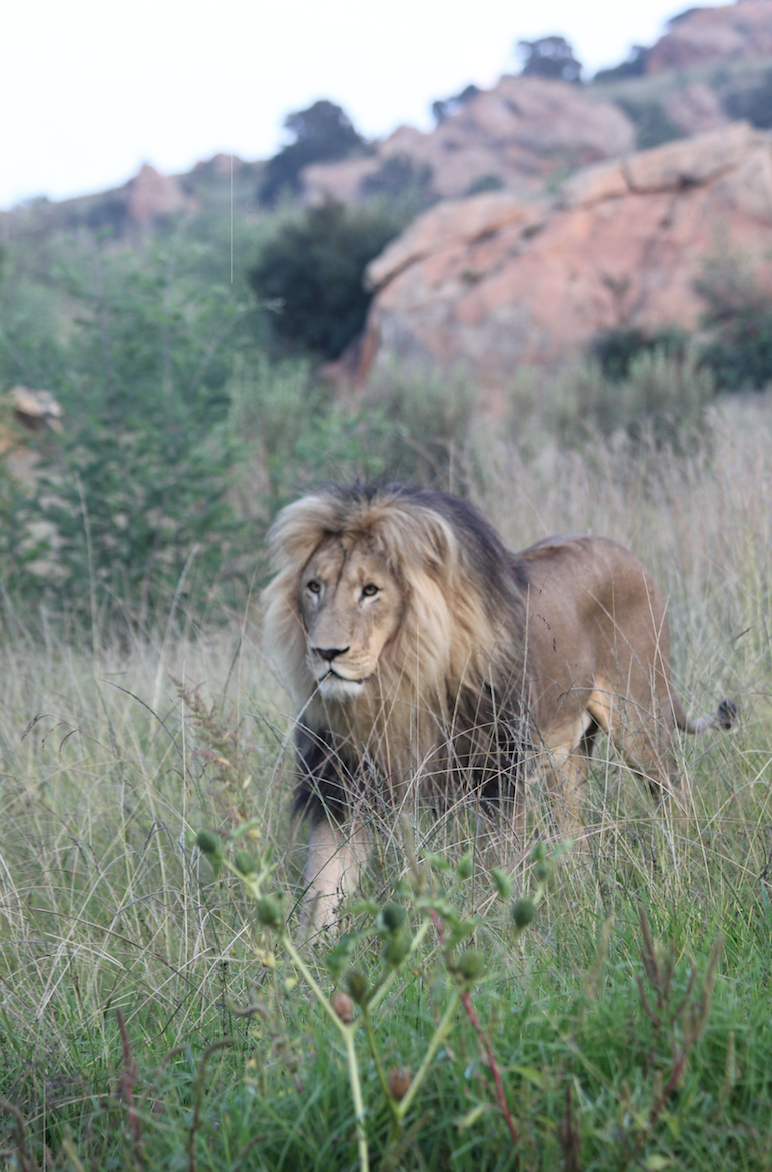 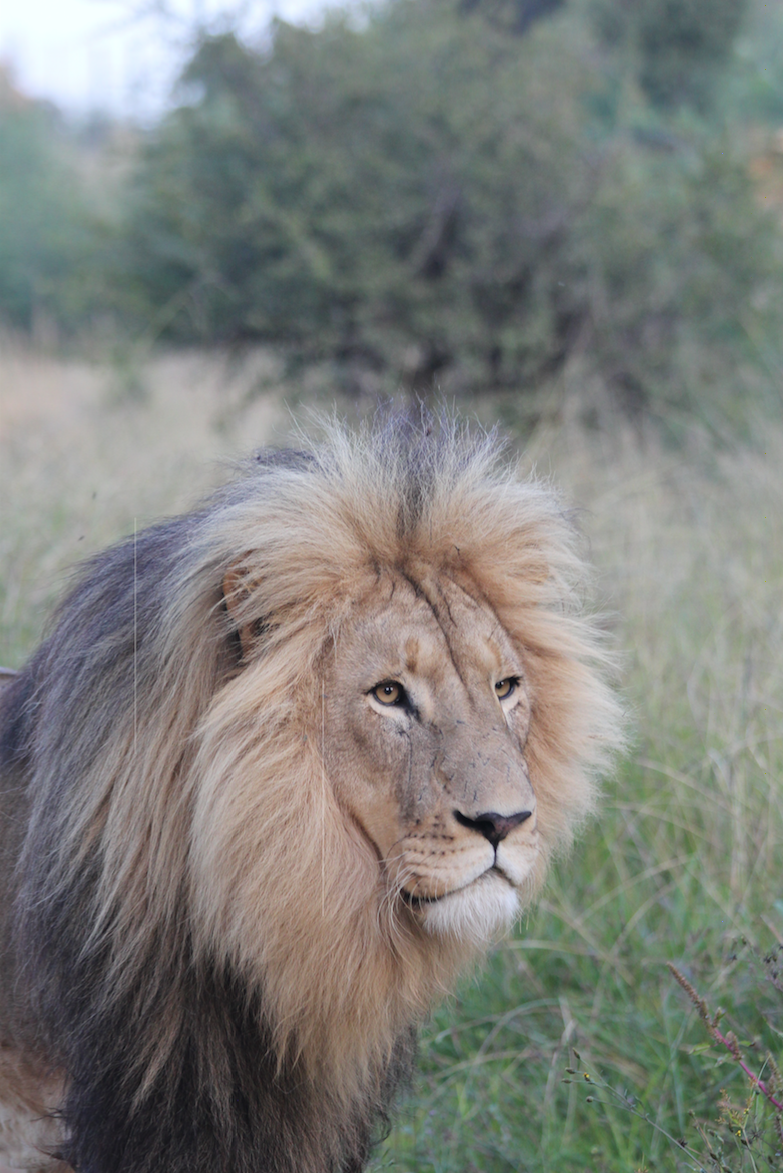 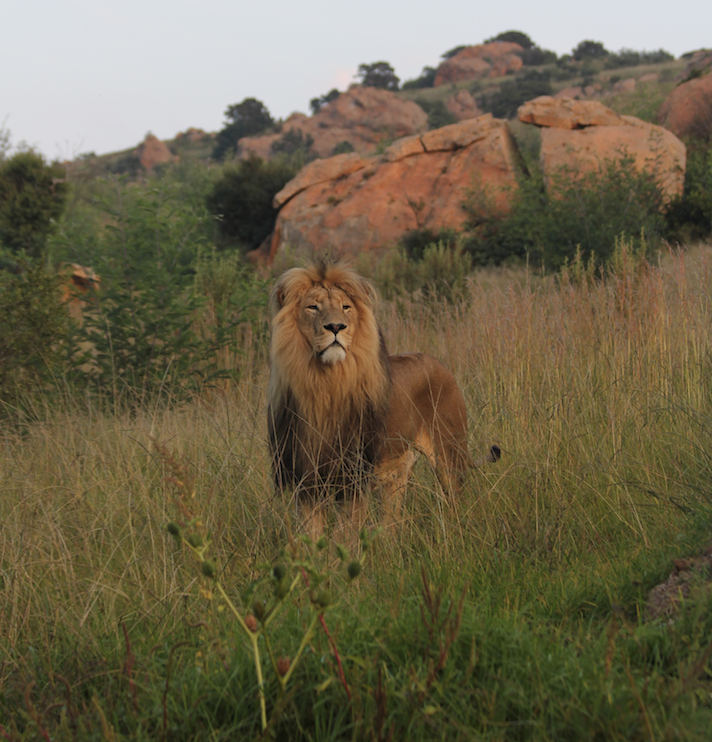 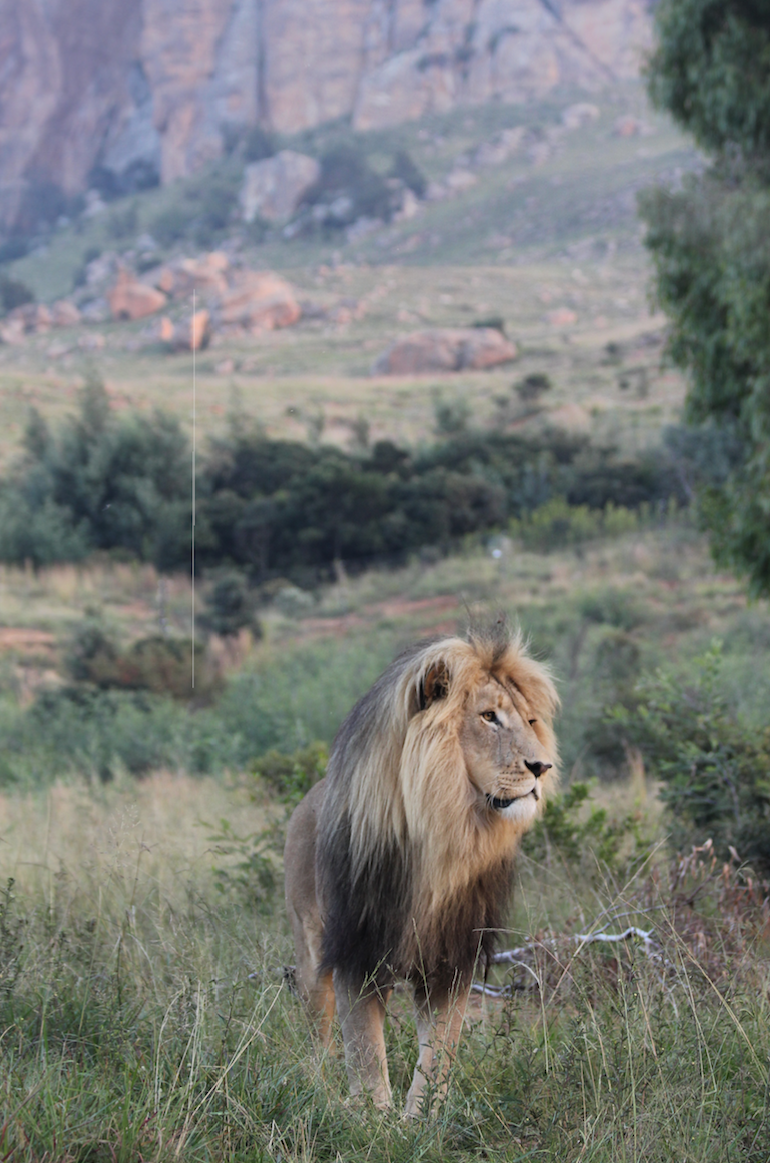 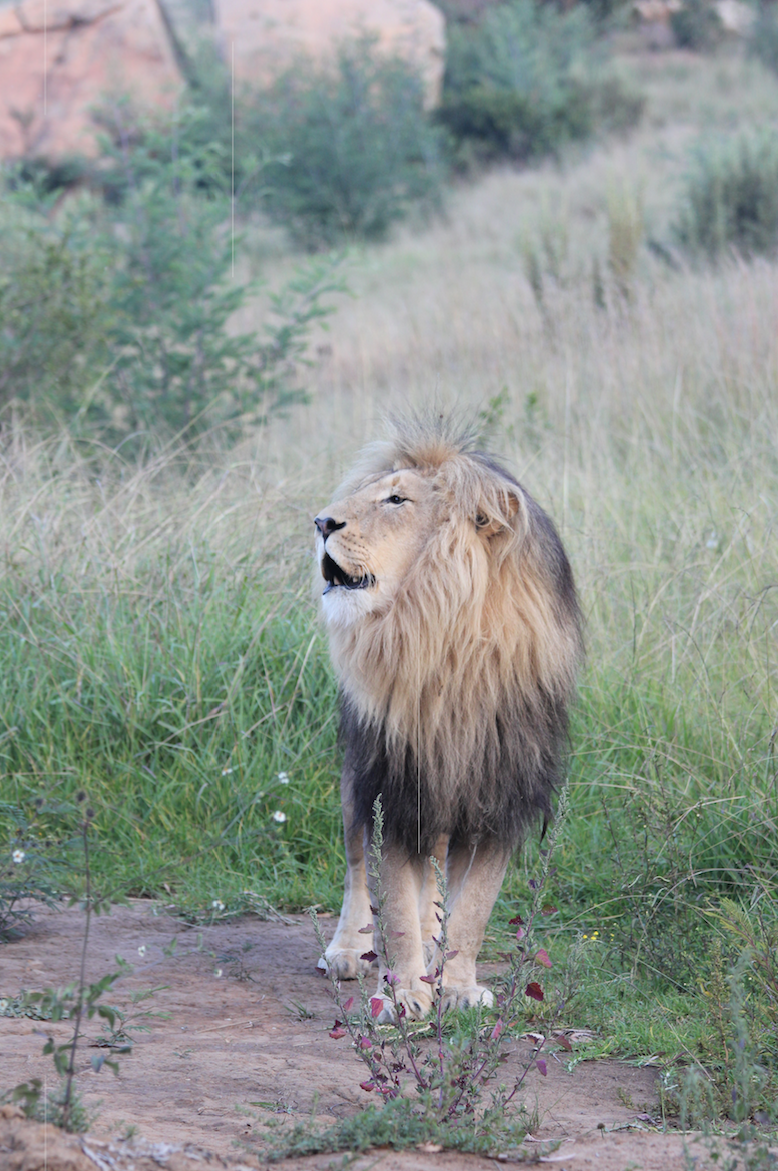